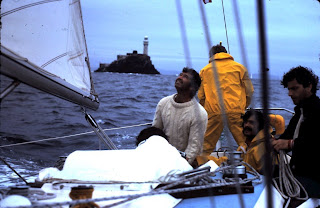 Sandette rounded the Fastnet rock and finished second in class during the race of '81, but in the ill fated '79 race she was dismasted at 0400 hrs, 40 miles from the rock. 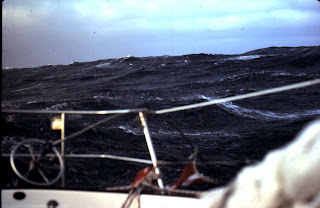 This was the view two hours later.

Jan Krijgsman and his crew made a jury mast from the spinaker and jockey poles, hoisted the No 3 genoa and sailed in to Penzance after a further 40 hours. 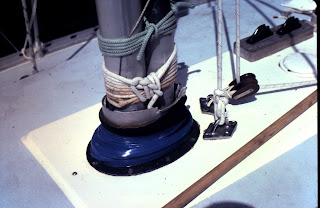 I'm sure there is more to this story. Perhaps Jan will add some further comments.